Without a doubt, dinosaurs are a popular topic for kids across the planet. Something about these extinct creatures from long ago seems to hold the attention of young or old, boy or girl. Though we don’t know a lot about dinosaurs, what we do know is fascinating to children of all ages. But why?

“I think the reason kids like dinosaurs so much is that dinosaurs were big, different from anything alive today, and extinct. So they are imagination engines,” explained Jack, the designer of BETTA PLAY DINOSAUR PLAYGROUND.

Teachers all over the country would agree. Dinosaurs are studied in classrooms each year, not only for the science behind the topic, but also because of the creativity it seems to spark in students.

Jennifer , a primary teacher in Washington, D.C., explained once in an interview,  “When we get to the unit on dinosaurs, I see their faces light up. Our science topic starts to trickle over into all other subject areas.  I see the kids pretending to dig for fossils at recess, and turning tag into a game of meat-eaters vs. plant-eaters.” 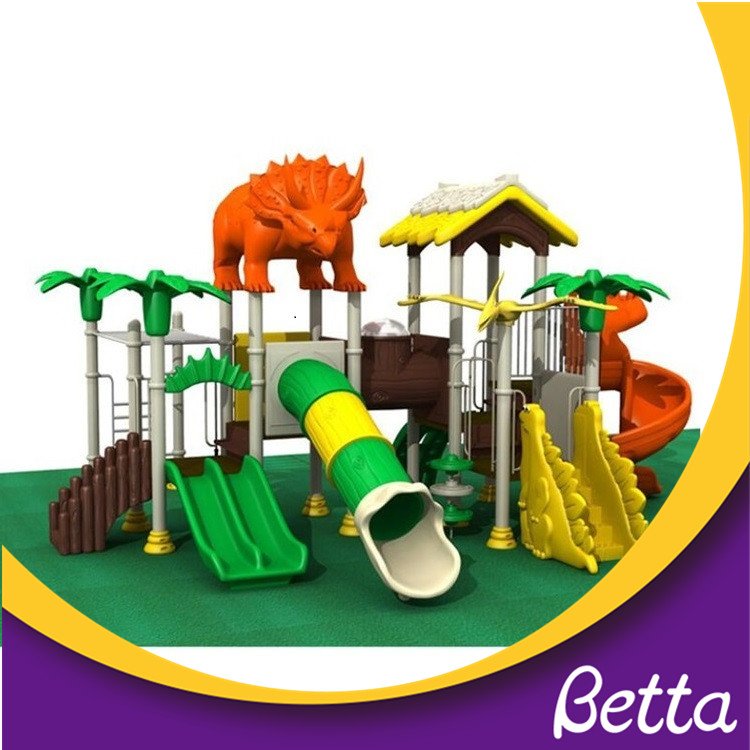 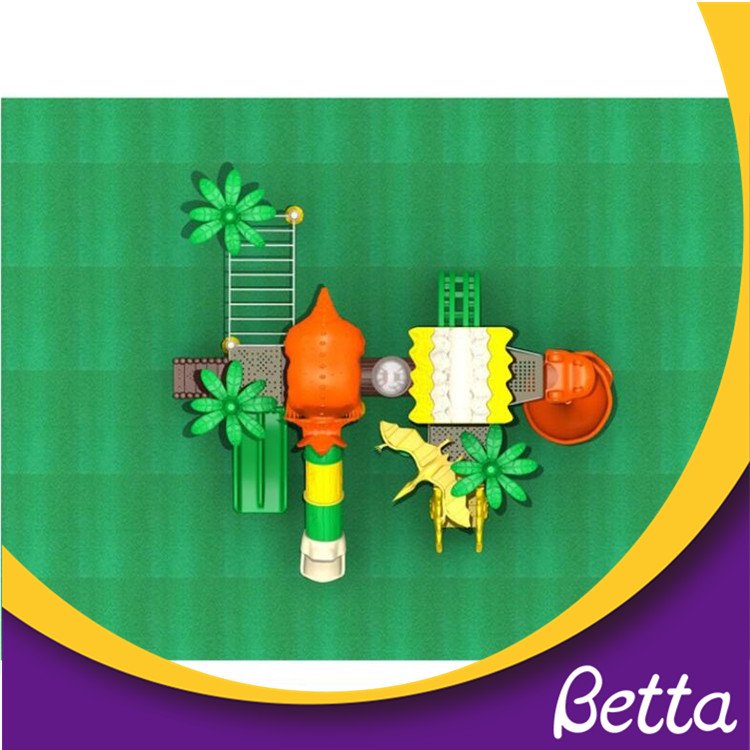 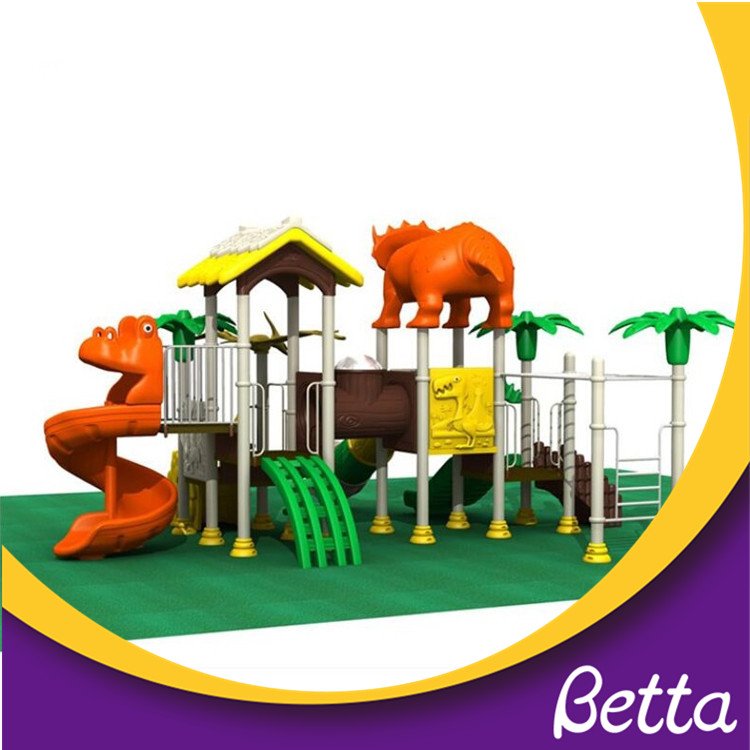 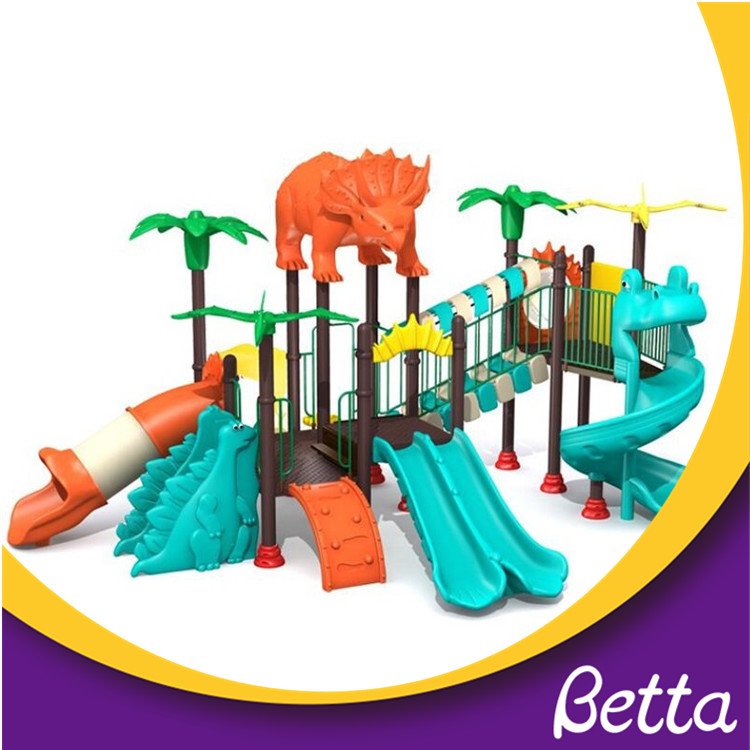 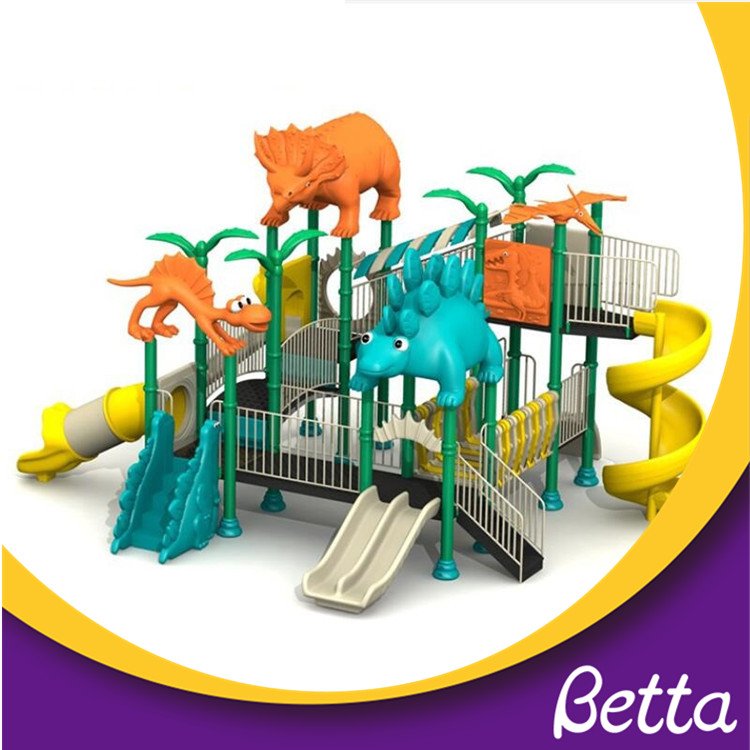 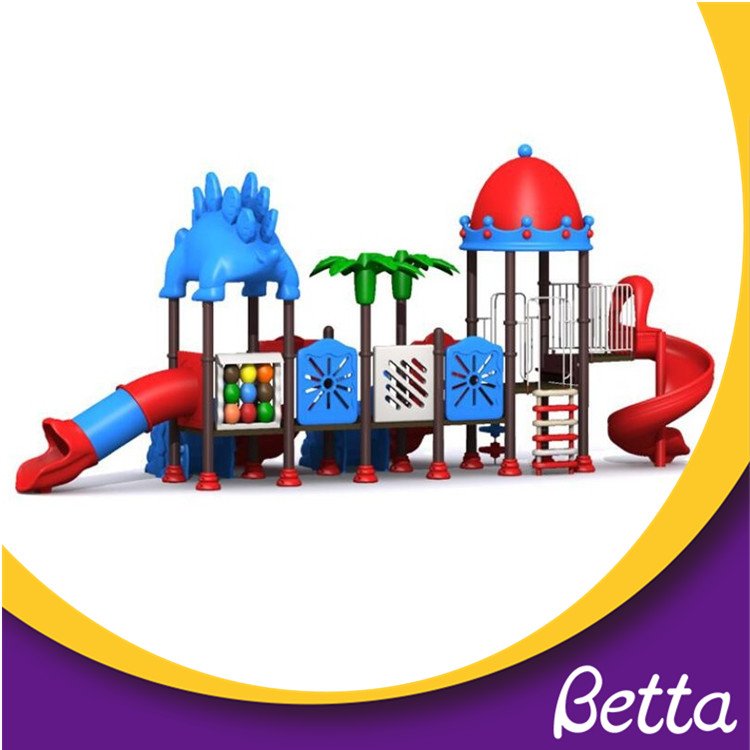 Teaching your kids not to give up, to keep trying, and to keep trying new ideas for something that they are truly passionate about achieving is extremely critical. How and where to teach and train your kids with passion, curiosity, imagination, critical thinking and grit? -------PLAY!PLAY!PLAY!Play is essential to the development of all kids---Kids need Play!We need to encourage children to explore the world around them and learn fundamental lessons through climbing , sliding ,teamworking, playing, imagination, and adventure.

We provide one stop solutions of children's commercial，playgrounds from design, manufacture and install.

Bettaplay Amusement equipment provide hours of fun and challenge and allows children of all ages to take part in.It is very sturdy and durable, and is very easy to assemble. The item is delivered quickly and in perfect packages that will protect your products very well.We're sure that you will find it as good as advertised.This big attraction can be played by many children and offers an unlimited combination of climbing games and play activities.This adorable toy will also let kids enjoy their imaginations

20-30 days later after we receive your deposit

if you don't receive your order,You will get a full refund if your order does not arrive within the delivery time promised by the seller.

if the item is not as described

If your item is significantly different from the seller’s product description, you can

A: Return it and get a full refund, or B: Get a partial refund and keep the item.

FAQ
Q：what's your payment term ?
A : T/T, Our normal payment term is 30% as deposit, balance before loading.
For large order, we accept L/C.
For trial order about some play parts, we accept western union, paypal or cash.

Q： What's your delivery time ?
A : It is based on the quantity you order. But normally, our production time is 14 work-days.

Q： Do you have the project in our country we can have a check?
A : BETTA have already many successful playground project around the world, contact us freely for the already done project case close to your home now.